This waterfront land is referred to as N’tolonapemk which means “Our Relatives’ Place” in Passamaquoddy. The site is of great significance to the Tribal community, centrally located within ancestral Passamaquoddy land in Maine and New Brunswick, it allowed for easy travel by canoe from the ocean, the St. Croix River and lakes and waterways from the interior for more than 8,000 years of continued use.

“I am grateful for the invitation from Rep. Newell of the Passamaquoddy tribe to be there for this ceremony. This was a significant day, but it’s the beginning of the work to realize Tribal sovereignty and right wrongs. I accepted the gift of a handmade basket, which I will leave in the Maine Speaker’s Office as a reminder to future leaders of what is possible when we do the right thing and work together. This land was alive with joy, returned to people whose ancestors were there many centuries before. It was a moving moment in history,” said Speaker Fecteau.

“In anticipation of LD 1560 becoming law, it was important to give recognition to the importance of this Land Back event during our 56th Annual Weekend celebration of Passamaquoddy Days. Following a 40 mile canoe paddle from Indian Township to Sipayik to begin our weekend celebration, it was a humbling experience to lend my voice as MC for the land dedication event. The voices of those who spoke truly added to the significance and experience as well. I was honored by the attendance of the Speaker of the House Ryan Fecteau, House Leadership, Representatives and Senators of the Agriculture, Conservation and Forestry Committee, as well as the Washington County delegation and former DEP Commissioner Jerry Reid.” said Rep. Rena Newell. “Kci Woliwon to all, and to Brenda Moore Mitchell, Mary Daigle, and Tina Sabattus for organizing this event. In the words of Dale Mitchell, Passamaquoddy Tribal citizen, the significance of this land being returned to the Passamaquoddy Tribe, ‘Finally our Ancestors have come home to rest, it is a glorious day!’”

The event was held in both languages, both Passamaquoddy and English, at the N’tolonapemk ceremony site as a part of the 56th Ceremonial Passamaquoddy Indian Day Weekend Celebration and ancestral canoe trip from Indian Township to Pleasant Point along the St. Croix River. The Maine Legislature’s Agriculture Conservation and Forestry Committee House Chair Rep. Maggie O’Neil of Saco joined the canoe trip at the invitation of Rep. Newell.

“I was honored to take part in the ceremony. I’m glad our committee could be a part of this small step forward, and I look forward to continuing our work to restore sovereignty.” said Rep. O’Neil.

A Representative from the Mills Administration was also present. The bill to convey the land was initially a Governor’s bill sponsored by Senator Maryann Moore of Calais. 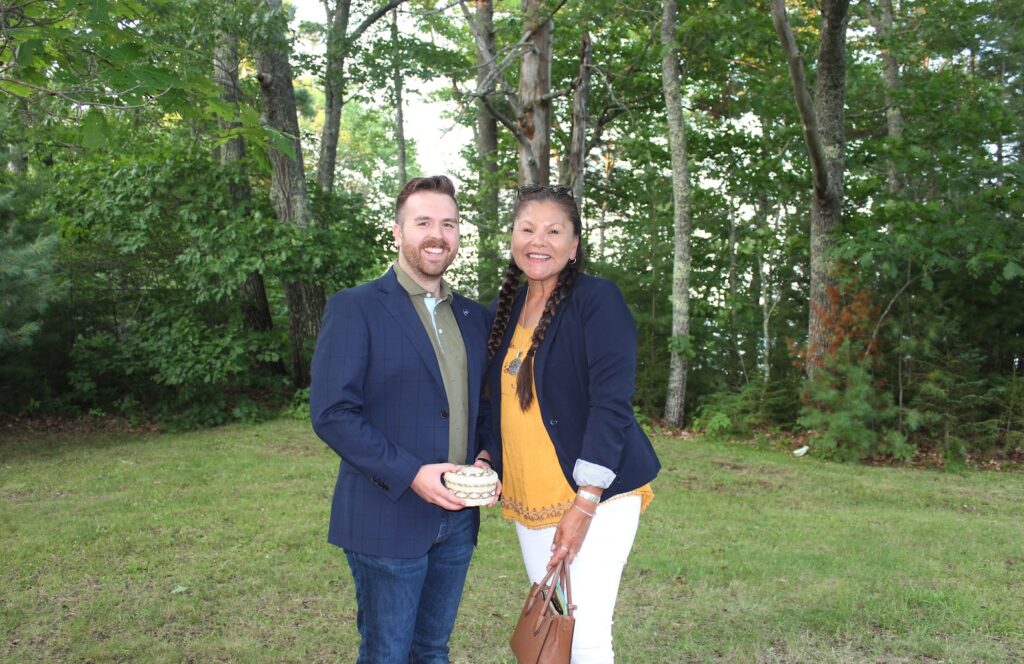 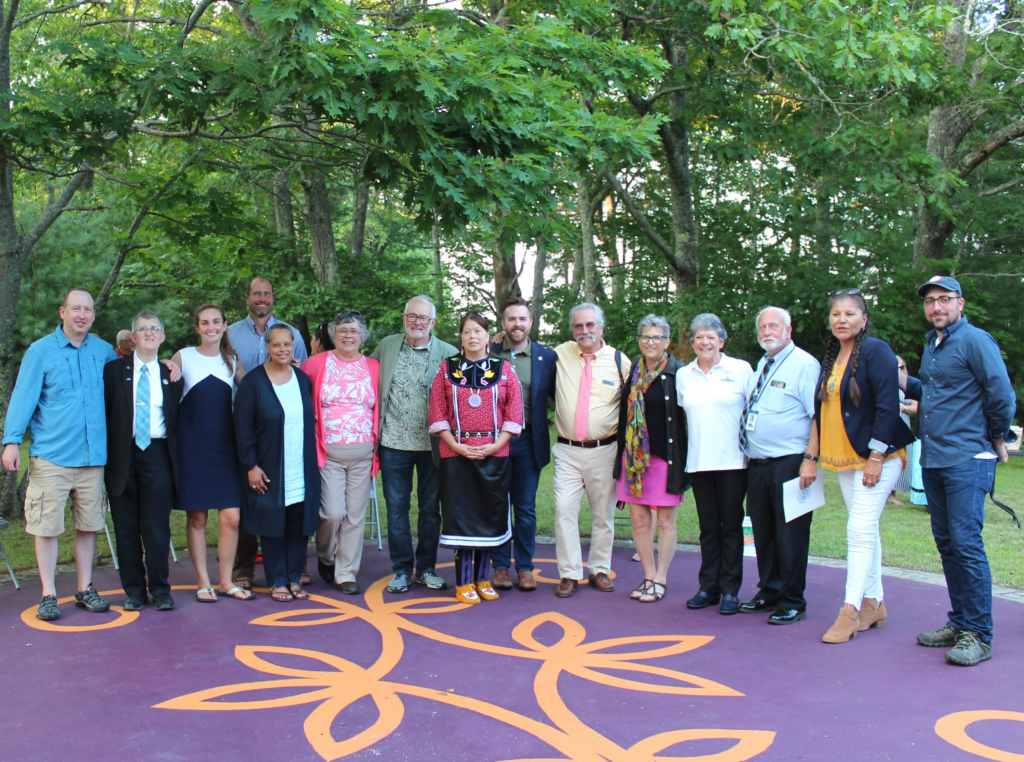