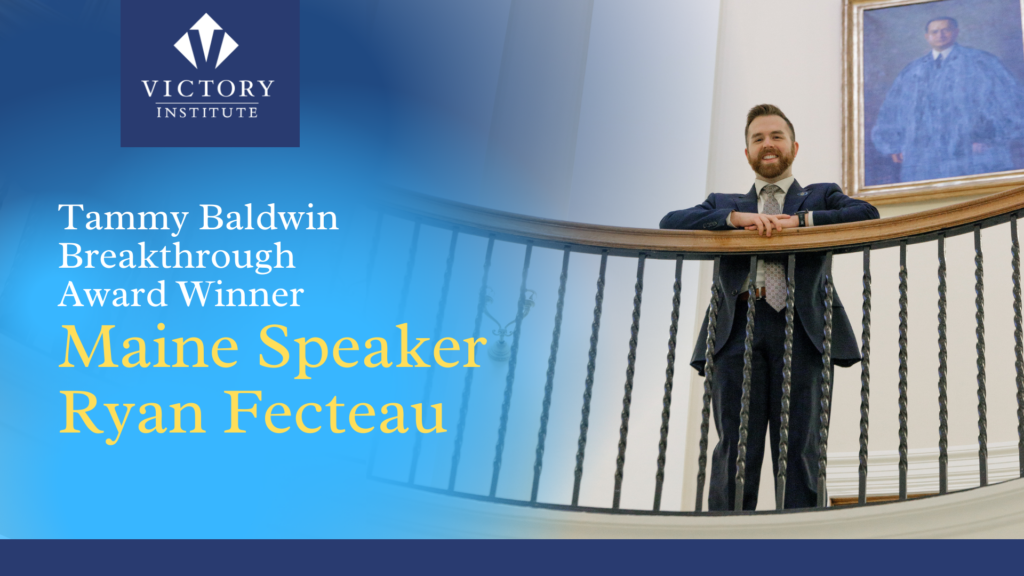 AUGUSTA – Maine’s Speaker of the House Ryan Fecteau has been announced the 2021 recipient of the Tammy Baldwin Breakthrough Award. The national award is given to an up-and-coming state or local LGBTQ elected official with a promising political career: someone who champions equality and lives to fight for the LGBTQ community.

“Ryan is a leader for all Mainers, but his championing of LGBTQ equality in the state has made him a hero among young LGBTQ people who too rarely see people like them in the halls of power. At a time when many in politics are weaponizing LGBTQ lives, Ryan pushes to ensure LGBTQ youth are able to thrive and achieve their full potential across the state. His dedication to creating a more equal future for all Mainers demonstrates the positive impact LGBTQ leaders can have, especially on the lives of their most vulnerable constituents. We know he has a promising political career ahead of him and are thrilled to honor him with the Tammy Baldwin Breakthrough Award,” said Ruben J. Gonzales, Executive Director of the Victory Institute.

“We want to congratulate Speaker Fecteau today,” said Matt Moonen, Executive Director of Equality Maine. “We are thrilled to see national attention on Maine’s efforts in the fight for LGBTQ equality thanks to Ryan’s Legislative leadership. We hope Legislators around the country will follow Speaker Fecteau’s lead and work to make their state a safer place for LGBTQ youth.”

Speaker Fecteau will be presented with the Tammy Baldwin Breakthrough Award next month at the International LGBTQ Leaders Conference in Washington DC. The conference is the largest gathering of LGBTQ elected officials, advocates and leaders in the world.

Throughout his time in the Legislature, Fecteau has led on issues related to securing full equality for all Maine people. In the 129th Legislature, Fecteau fought successfully to ban the harmful practice of conversion therapy in Maine. He is a past recipient of the Youth Innovator of the Year award from The Trevor Project, a group focused on suicide prevention among LGBTQ youth. Fecteau recently shared his experience fighting for LGBTQ youth in Maine in an opinion piece in the Bangor Daily News.