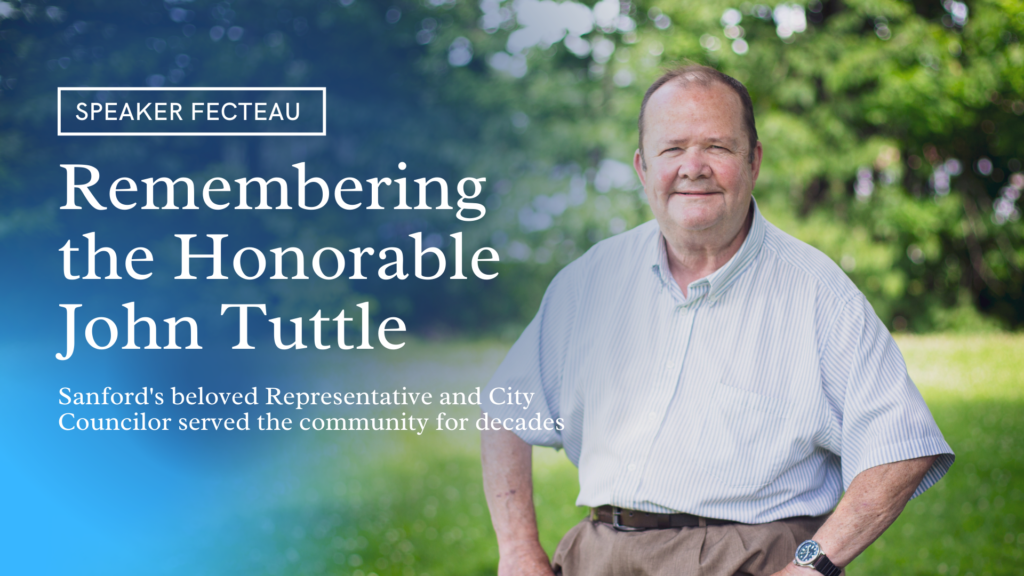 “Our dear friend and colleague, John Tuttle devoted his professional life to public service, and was proudly serving his twelfth non-consecutive term in the Maine House while serving on the Sanford City Council. He served three terms in the Maine Senate, including as Senate Chair of the Veterans and Legal Affairs Committee, in total, spending three decades in legislative service to his community. He was known for his work on bipartisan measures to support Maine hospitals and veterans and to improve the state’s infrastructure.

“Ever a fighter, in his early years, John was a champion Sanford high school and collegiate wrestler, and he was inducted into the Maine Wrestling Hall of Fame in 2008. John served as a medic in the Maine Army National Guard and then as an Emergency Medical Technician in Sanford for a decade.

“John’s passing is a tremendous loss to the City of Sanford, the State of Maine, and all of us who knew and loved John. We send our condolences to his wife Ann, his beloved daughter and grandchildren.”