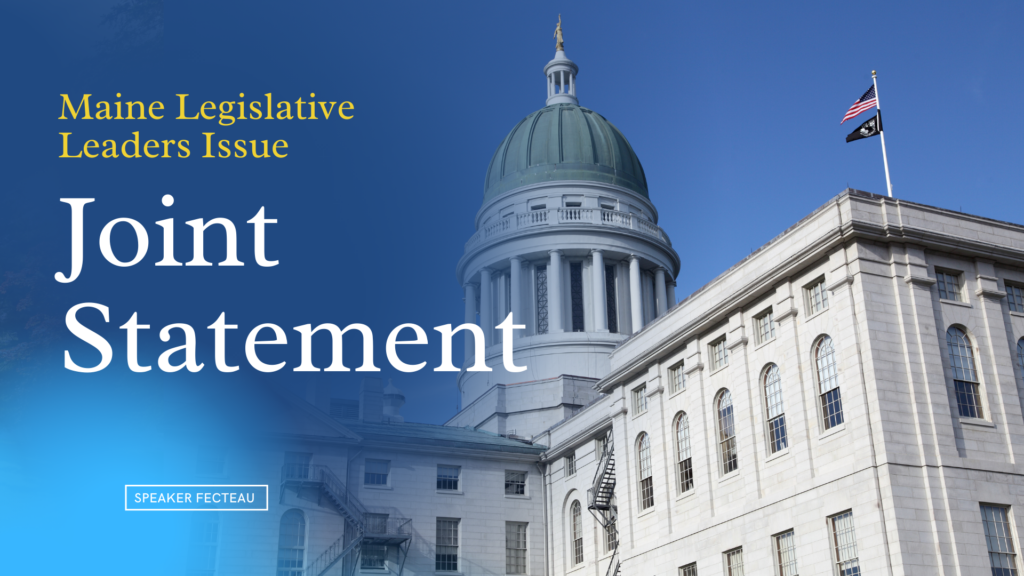 “Maine legislative leaders join in condemning Russia’s invasion of the sovereign nation of Ukraine. We strongly condemn the assault, and support an independent, democratic Ukraine. This violation of international law will result in the continued, senseless loss of human life and an international humanitarian crisis. It is vital that the world take appropriate action in support of Ukraine. We urge Russia to withdraw its forces, then engage in peaceful dialogue leading to an acceptable outcome that restores the territorial integrity of Ukraine and prevents further loss of life.”