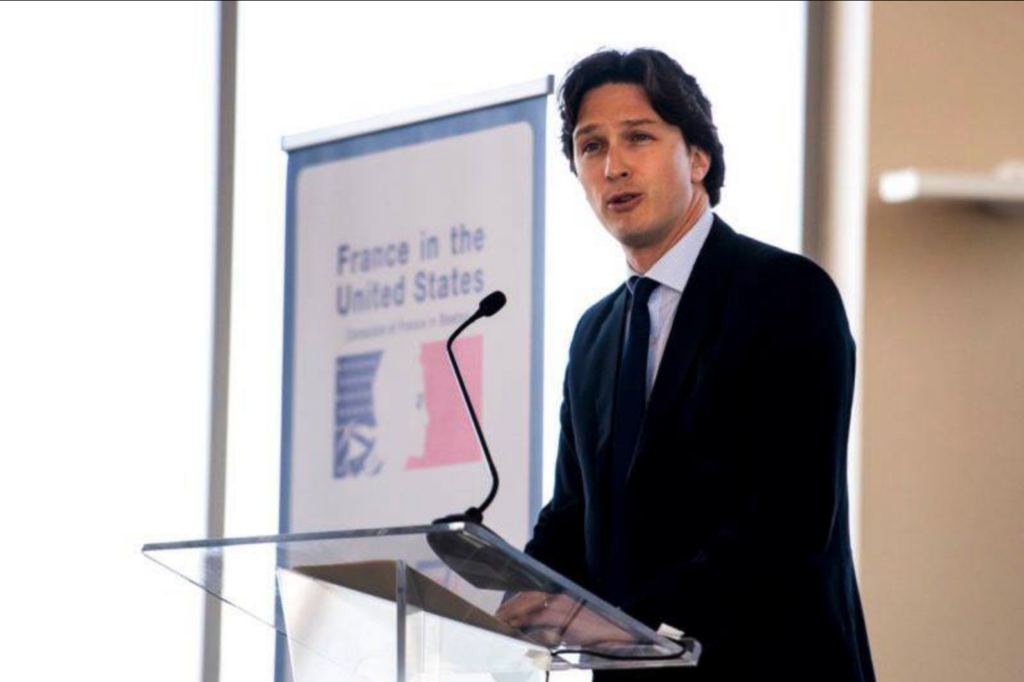 BIDDEFORD – On Tuesday at noon, Speaker Fecteau will welcome France’s Consul General to Maine with a tour of downtown Biddeford.

“The city of Biddeford is rich with French history.  We are eager to share that history with Consul General Mentré.” said Speaker Fecteau. “When French Canadians, like my grandparents, came to this area in the 20th century, it was for jobs in the textile mills that transformed our region. Today, those mills have transformed again into modern, multi-use hubs of small business and housing. Our connections are worth celebrating and I’m honored to welcome our guest to Maine.”

Arnaud Mentré, Consul General of France
Prior to his assignment in Boston, Arnaud Mentré was Deputy Assistant Secretary for North America in the Bureau of the Americas at the French Ministry for Europe and Foreign Affairs (2015-2018), responsible for bilateral relationships with the U.S. and Canada. Arnaud Mentré joined the French Ministry of Foreign Affairs in 2006 in the Bureau of strategic affairs, international security and disarmament. Arnaud Mentré is an alumnus of the Ecole Normale Supérieure (ENS) and the Ecole Nationale d’Administration (ENA). He holds an M.A. in civil law from the University of Paris II and graduated from Sciences-Po. He teaches global affairs at the Paris School of International Affairs (PSIA) – Sciences Po.